Courtenay joined Pippa Colman and Associates Law Practice when he moved to the Sunshine Coast. Before migrating to Australia, he had run his own practice in Cape Town (South Africa) since 1998 and prior to that he was a partner in a large law firm. He has been practicing law for more than 20 years which have included many areas of law and holds a Masters in Law in Family Law.

I am writing to extend my gratitude for the legal services provided to me by your solicitor, Courtenay Ulyate.

Courtenay has been guiding me through a difficult custody case. I’ve found Courtenay to be an extremely competent and empathetic solicitor who I am most grateful to have on my team. We have been confronted with an apposing legal team comprising of a Barrister, Lawyer and other legal staff yet Courtenay has not been daunted by this. I’m proud to call Courtenay my legal representative.

Once again I would like to express my gratitude for being provided with such an excellent legal representation as I do feel Courtenay is a true asset to your and my legal team.”

Make an enquiry or book an appointment with Courtenay:

Get started anywhere, any time with our online questionnaire!

Our questionnaire will give you important information that is: free, instant, personalised, helpful, gives you a peace of mind, saves time and there are no obligations! 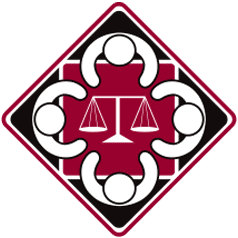 Our emphasis is on helping you achieve a successful outcome, get in touch with us below.

Important notice While the COVID-19 Pandemic is creating a challenging environment for everyone. We remain open, and have the technology and processes to assist you with your matter during these times. If you are a new client, please begin with the online questionnaire, which will prepare us to conduct our meetings with you over the phone or by video chat. If you are an existing client, please contact us by email or telephone to discuss your matter. Unfortunately at this time, we have put our client seminars on hold for the safety of our staff and the community.